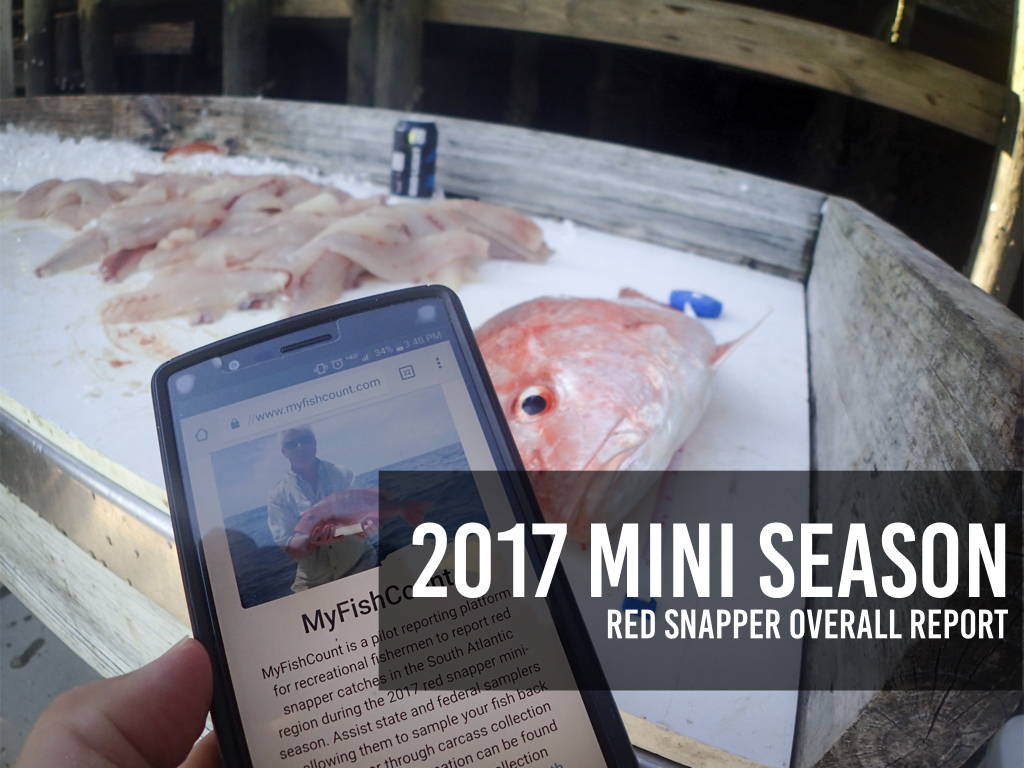 The Results are in!

Weather played a significant role during the 2017 red snapper mini-season. For weekends two and three, less than 2% of trips were reported as completed and most were abandoned (trips reported where anglers intended to fish but could not) as a result of poor weather conditions. Data from MyFishCount were considered in the fishery reopening for an additional weekend. Although few anglers were able to fish during the December weekend, an additional weekend in 2017 will not be possible due to the upcoming holidays and the time needed to document catches and process a regulatory notice to reopen through the rulemaking process.

The South Atlantic Fishery Management Council sent Amendment 43, which recommends revising the process for opening the red snapper fishery to allow for mini-seasons beginning in 2018, to the National Marine Fisheries Service (NMFS). If Amendment 43 is approved by NMFS/Secretary of Commerce, the 2018 red snapper season will open the 2nd Friday in July (July 13th) based on previous regulations. We are hoping for better weather in July.

The MyFishCount pilot reporting platform will close at the end of this week to the public in order to be improved, based on user feedback, and modified into a mobile app to improve ease of reporting. It will also allow the reporting of other species. The pilot app will be available for use in 2018.

Thank you again to all those who reported through MyFishCount. If you would like to become involved in the piloting of the app in 2018 or provide feedback on the 2017 red snapper mini-season MyFishCount reporting platform, please contact Brett Fitzgerald brett@angleraction.org. Thank you all for your time and support.

The figures below are summarized data from all weekends of the 2017 red snapper mini-season with information through December 15, 2017.

Table 1. The number and percent of trips that were reported as completed and abandoned through MyFishCount through Dec. 15, 2017.

Figure 1. Percent of red snapper kept and released by size categories reported through MyFishCount. Most anglers released fish under 20 inches and kept fish greater than 30 inches. 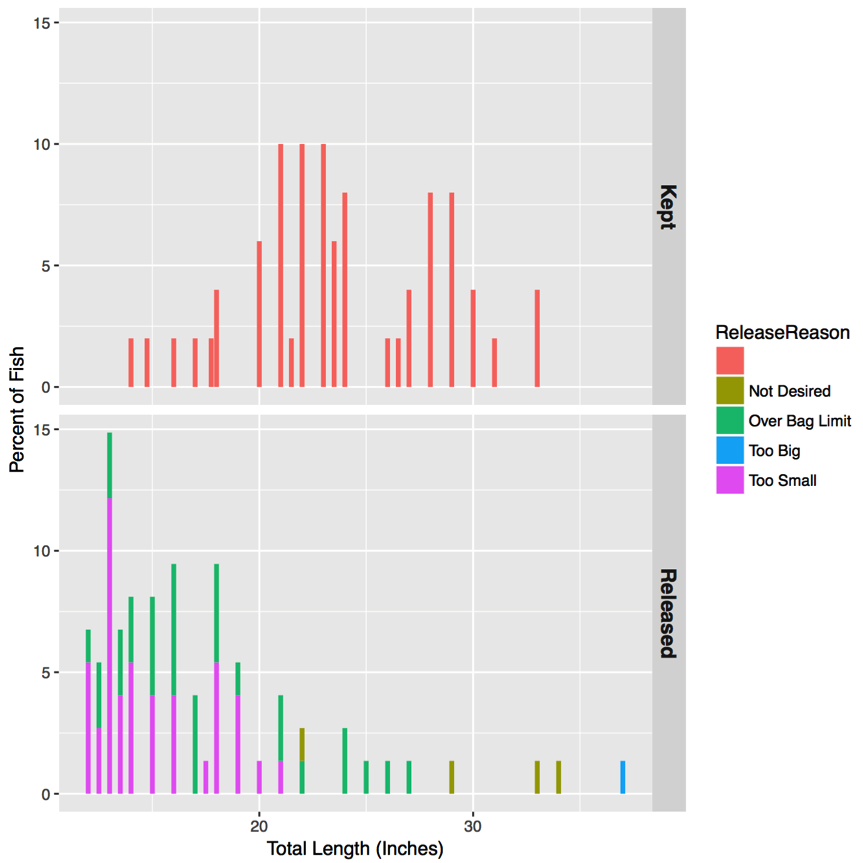 Figure 2. Percent of red snapper kept and released by size categories and reason for release reported through MyFishCount. As seen in the graph above, around 20 inches anglers decided to keep or release red snapper. This trend might be attributed to a 20 inch size limit established in 1992, but removed in 2012. Additionally, length of discards is not captured by current monitoring programs and could be extremely valuable to fishery managers. 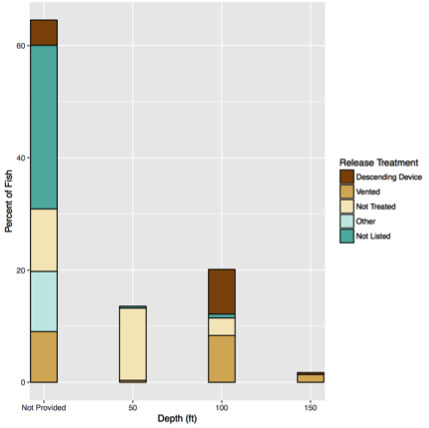 Figure 4. Release treatment of red snapper based on depth. Most anglers who released fish in 100 feet or more of water indicated they descended or vented fish. This could be attributed to the fact that fish are more likely to experience and exhibit symptoms of barotrauma when reeled up from depths greater than 90 feet. 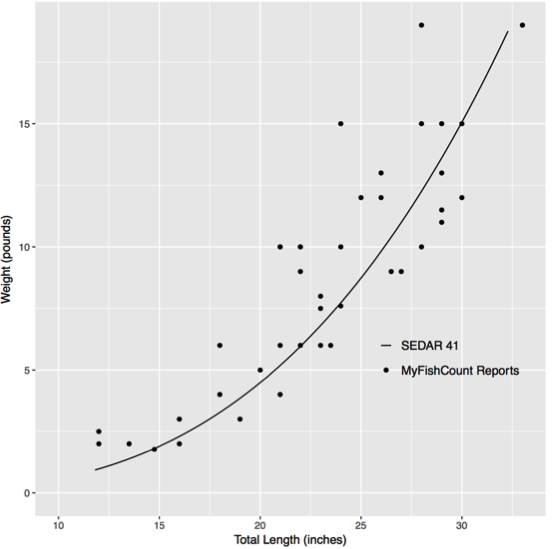 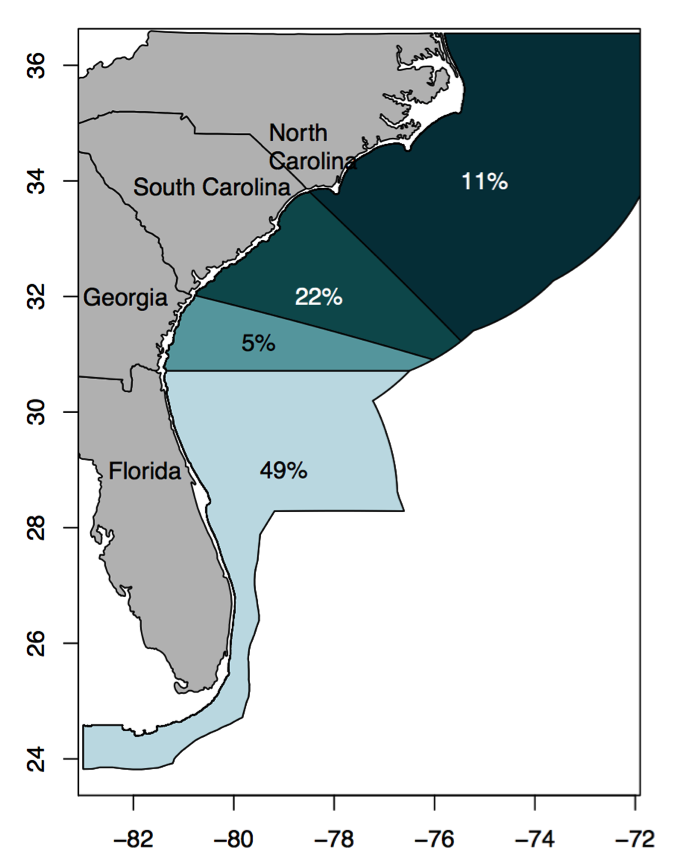 Figure 6. Percent of red snapper (kept and released) from federal waters with location of capture reported through MyFishCount during the 2017 red snapper mini-season. These percentages add to a total of 87% and not 100% because some fish were landed in state waters or reported by anglers on land.