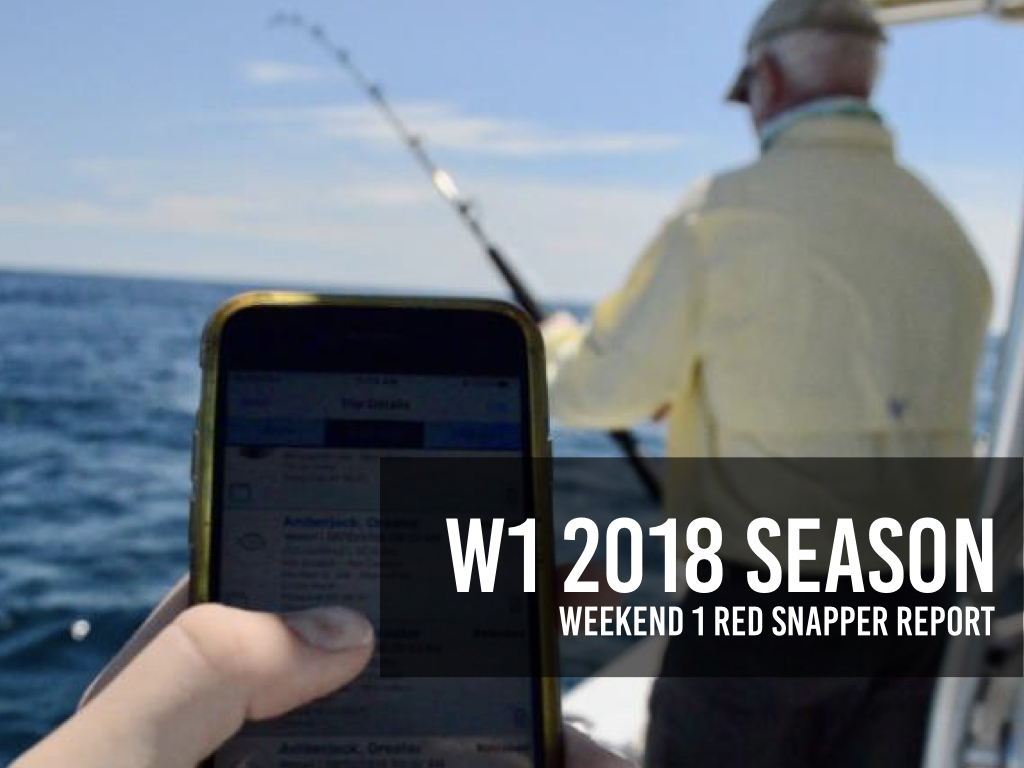 Initial Fishing Reports Are In


Thank you to all who reported through MyFishCount during the first weekend of the 2018 red snapper mini-season. From your participation, we were able to gather information and insights into the private recreational fishery. The figures below summarize reported data for the first red snapper weekend with information through August 15, 2018. We will be sending updated information that will include the second weekend (August 17-19) and any additional trips next week.


Please encourage your fellow anglers to continue to report all of their catches this weekend and beyond! 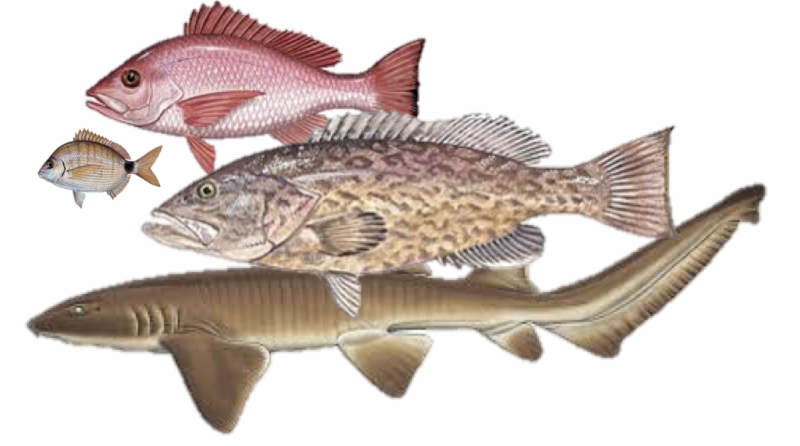 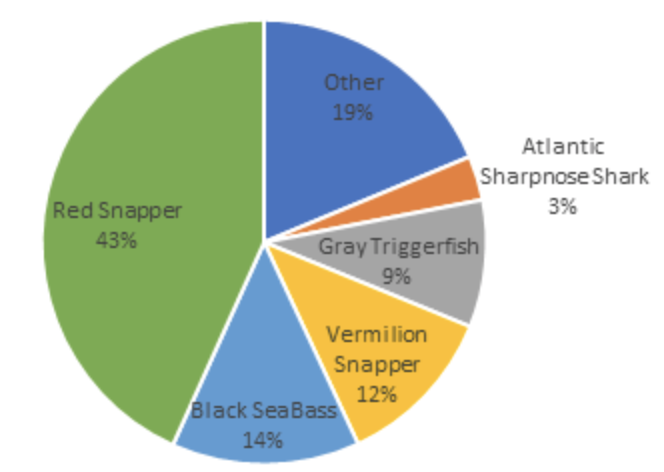 The figure above shows species in addition to red snapper reported during the first Atlantic red snapper mini-season weekend. As seen in the figure above, black seabass, vermilion snapper, gray triggerfish, and Atlantic sharpnose sharks, were the most commonly reported species in addition to red snapper. Remember MyFishCount allows you to report all fish during a trip. It is important to log all species to the best of your ability in order for us all to learn more about our offshore fisheries and recreational reporting. 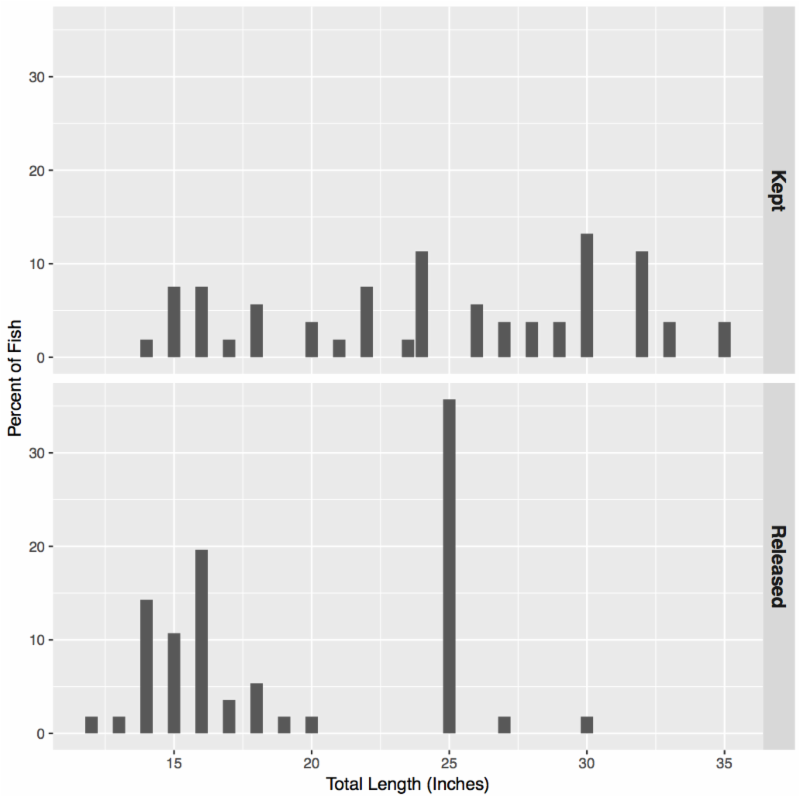 As seen in the figure to the above, there was not a large trend in the size of kept red snapper. The majority of reported released red snapper were under 25 inches. 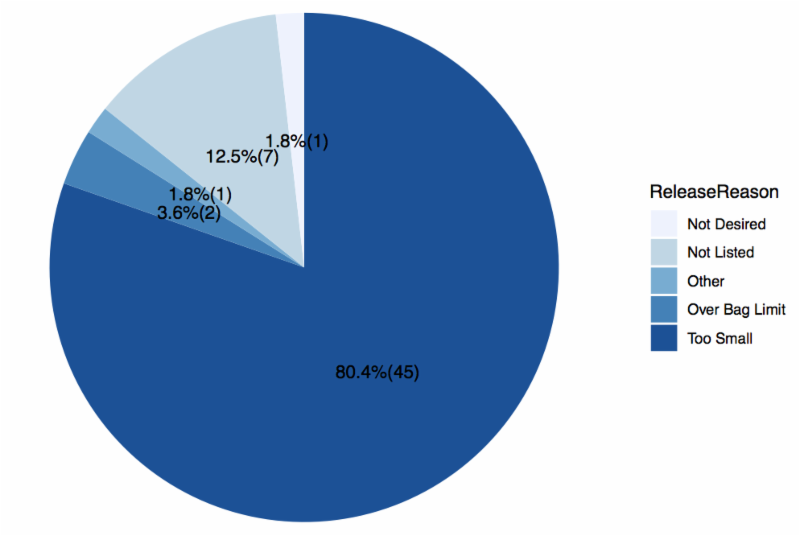 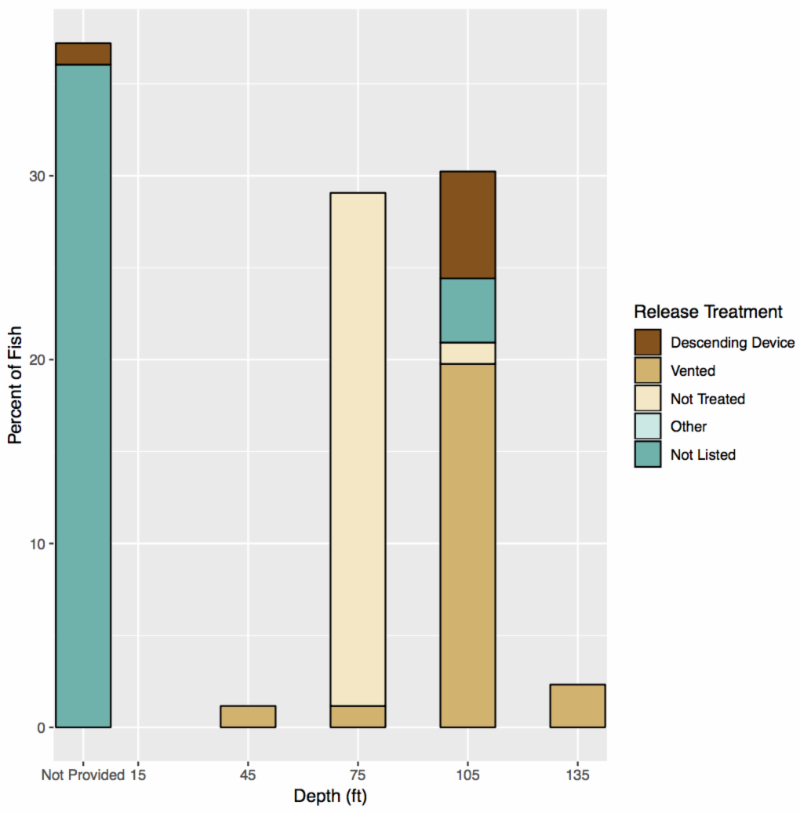 
The figure above shows the release treatment of red snapper based on depth. Most anglers who released fish in 105 feet or more of water indicated they used descending tools or vented fish. This could be attributed to the fact that fish are more likely to experience and exhibit symptoms of barotrauma when reeled up from depths greater than 90 feet. To learn more about barotrauma and best fishing practices click here . 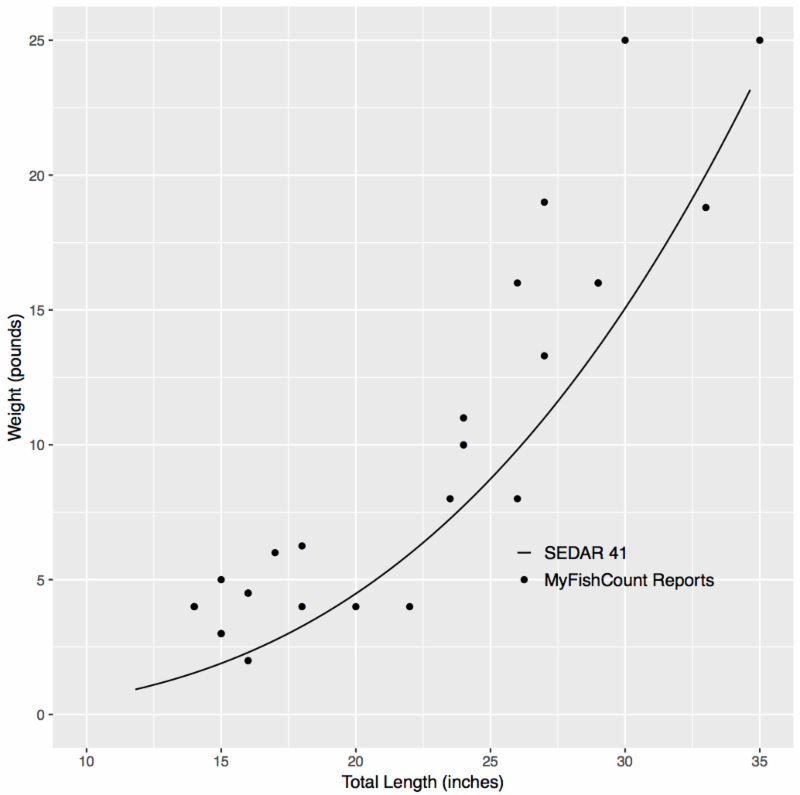 
Get Ready to Report This Weekend and Beyond!