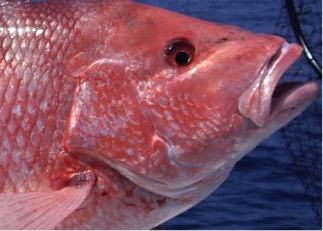 The following information was reported through the MyFishCount voluntary recreational angler reporting project during the 2019 red snapper mini-season.

MyFishCount participants provided the following information to help managers better understand fishing effort and other data during the 5-day mini-season. The figures below summarize preliminary mini-season data that were submitted by July 20, 2019.

We encourage all anglers to use the MyFishCount app to report fishing activity throughout the year. The project offers users the opportunity to create their own personal fishing logs while demonstrating the effectiveness of using mobile applications for recreational reporting. Over 1,350 users have reported information on over 3,000 fish through the MyFishCount pilot project. Recreational anglers are needed to continue to demonstrate the value of this reporting tool and make a difference in collection of fishery data. Create your account today! 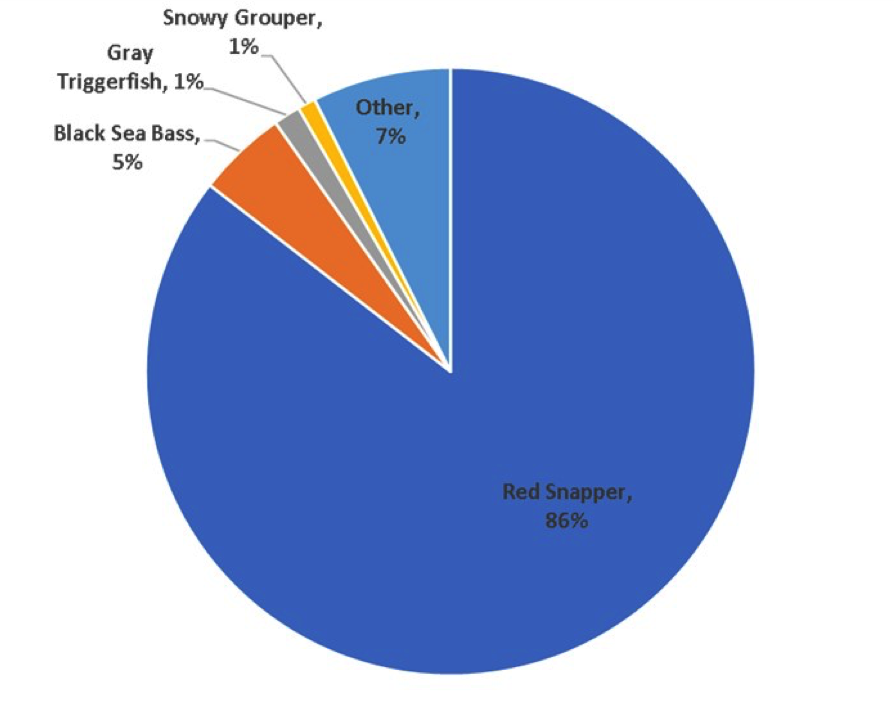 The figure above shows species in addition to red snapper reported during the 2019 Atlantic red snapper mini-season. MyFishCount allows fishermen to report all fish, whether kept or released, during a fishing trip. 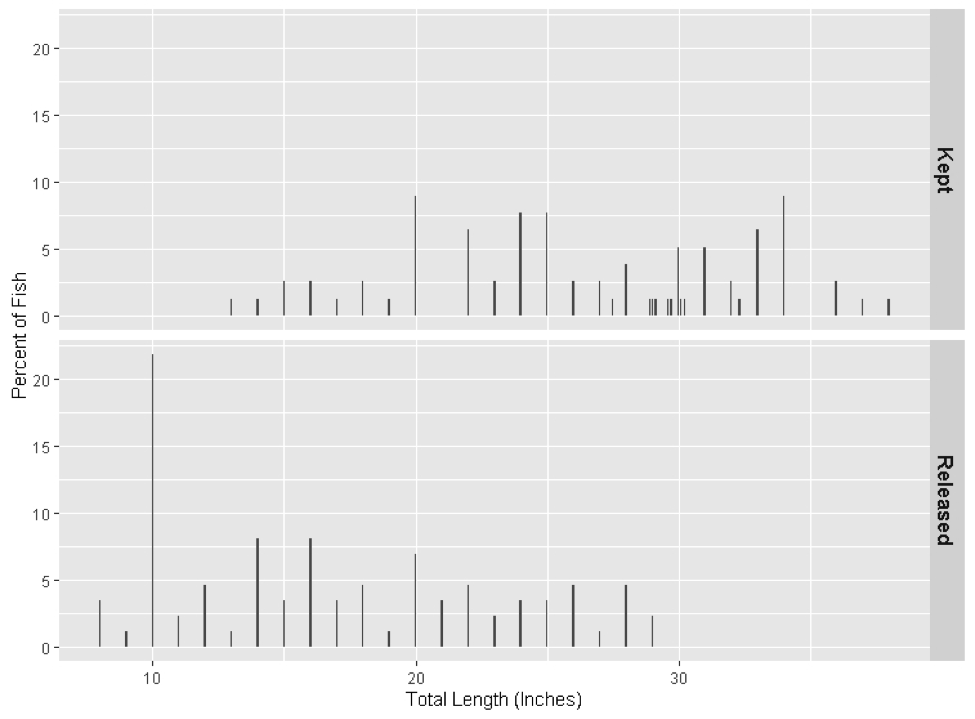 Percent of red snapper kept and released by length

As seen in the figure above, red snapper of all sizes were kept, with fish ranging in length from 13 to 38 inches. The majority of red snapper reported released were under 20 inches. Data on the size of fish released as well as those kept are equally important. 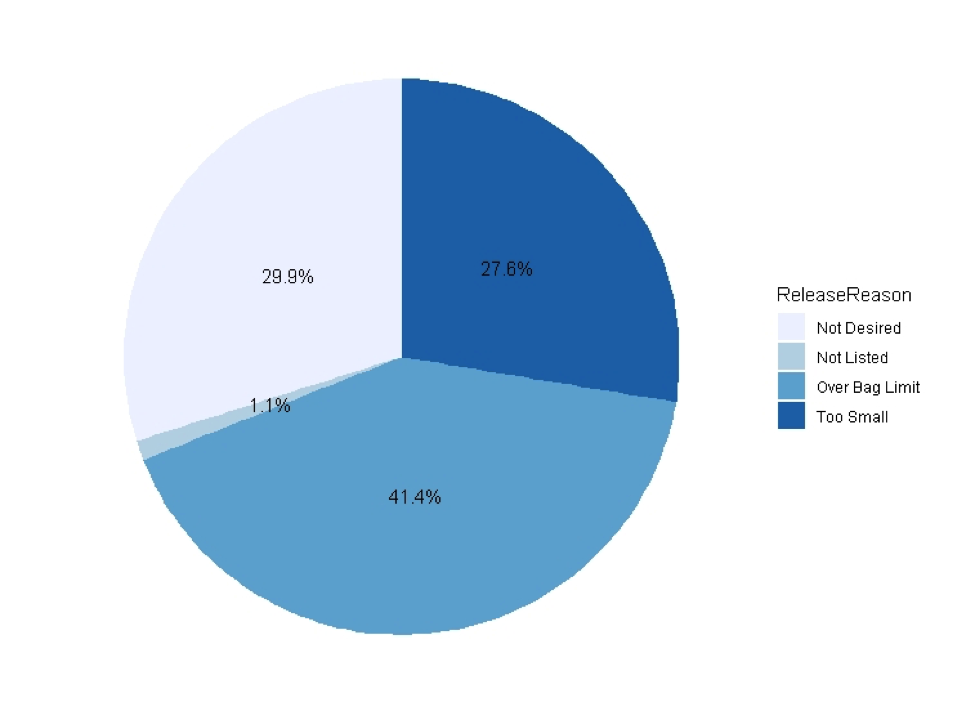 The pie chart above shows the reason for releasing red snapper as reported through MyFishCount. Anglers this season indicated that most fish were released because they were “Over the Bag Limit”. 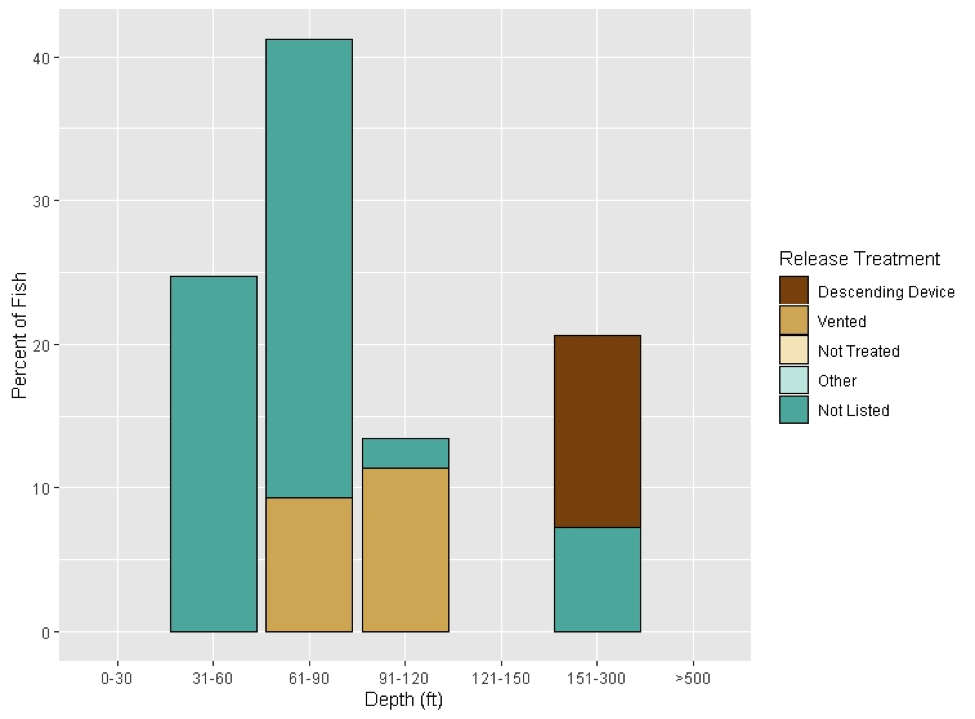 Release treatment of red snapper based on depth

The figure above shows the release treatment of red snapper based on depth. Anglers releasing fish in water with depths of 91-100 feet used venting tools and those releasing fish in depths of 151-300 feet used descending devices. This could be attributed to the fact that fish are more likely to experience and exhibit symptoms of barotrauma when reeled in from depths greater than 90 feet. To learn more about barotrauma and best fishing practices, click the link below. 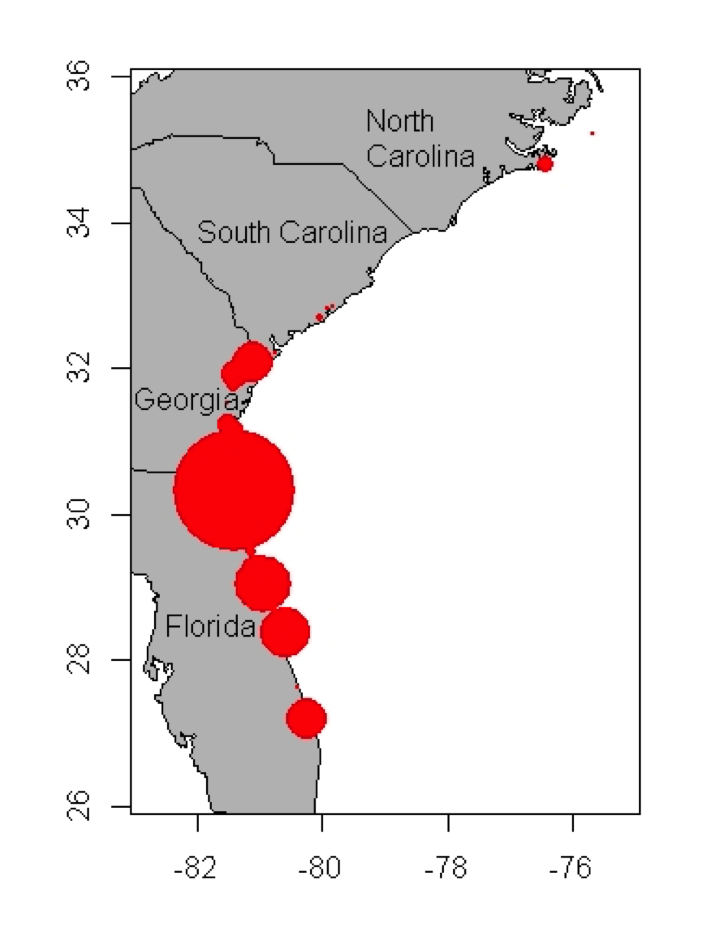 Northeast Florida is a hot spot for red snapper fishing. MyFishCount data indicated there are several popular ports in this area. 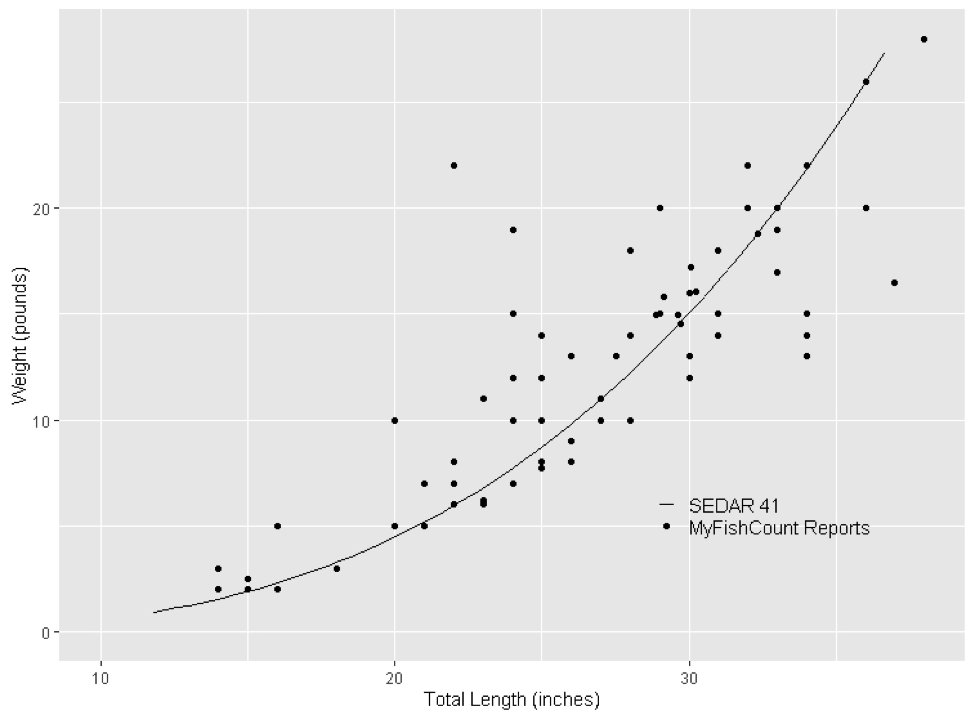 Don't forget to log your trips, catches, and releases beyond red snapper mini-season!

You can create your own personal fishing log and share your catch and trip data with fishery scientists and managers by downloading and using the FREE MyFishCount mobile app for private recreational anglers.

You can also enter information online!

Report your catch through the MyFishCount website by visiting www.myfishcount.com.

Create a member profile and start logging your catch.